When we finally left the North Rim area of the Grand Canyon, we drove off of the Kaibab Plateau and over to Utah. We stopped for the night in Hatch in a nice little campground. Good prices and the most amazing bathrooms of the trip so far! 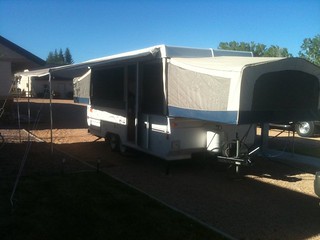 Before sunset we drove on into Bryce Canyon. On the way there we passed through Red Canyon, which has several smaller features and is a nice introduction to the area. We stopped for a few pictures, then drove on in. Once there, we drove up to a lookout point or two and hiked out to the viewing areas. The main roads are all on the western side of the canyon area, and you really can’t see much of anything until you hike out to an edge. 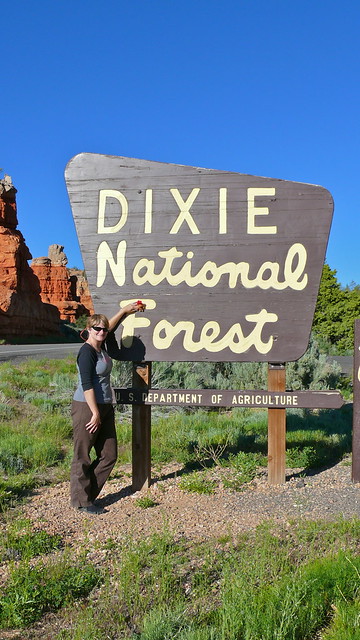 It really was a stunning view. Some areas were perfectly lit by the setting sun, others looked like they would be optimally lit at sunrise. But the hoodoos were rather mesmerizing. We began to look forward to actually getting down among them. 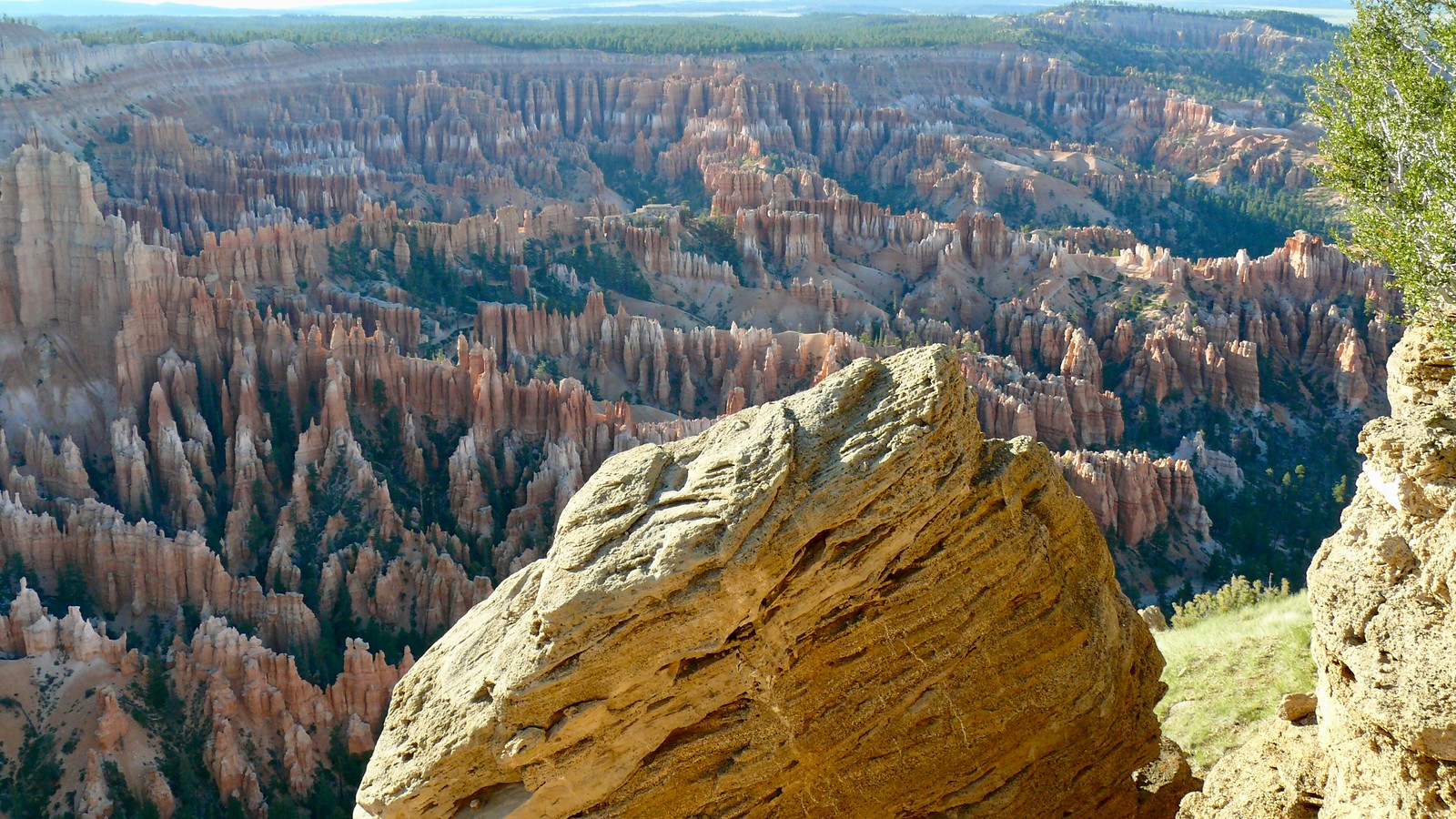 The next morning we drove out early and got a good head start on the day. Inspiration point was glorious in the early morning sun. Then we prepared for our big hike. And let me at this point say a little something about warning signs. 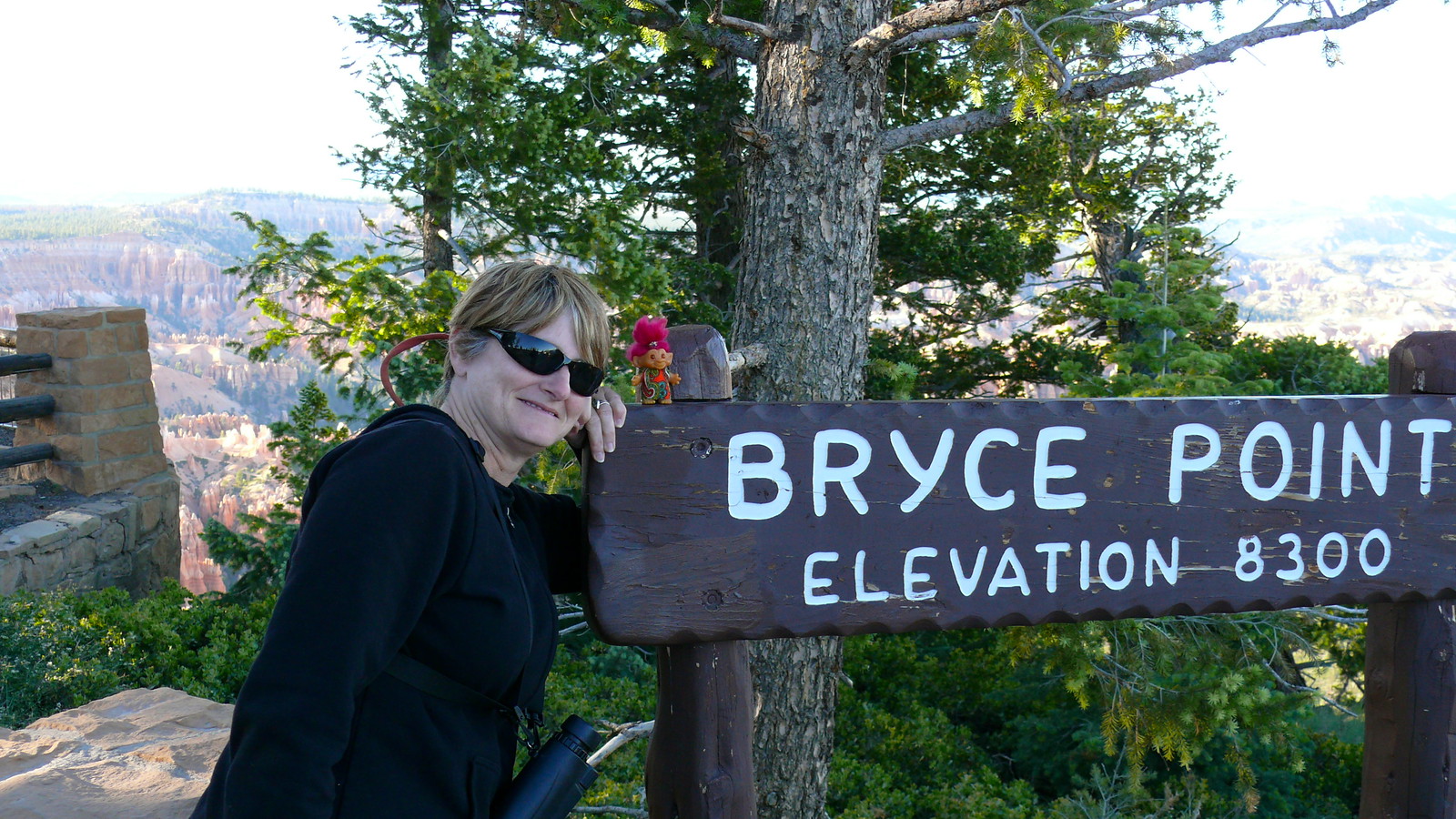 The signs at many National Parks attempt to warn people about the dangers of hiking. A sign at the Grand Canyon even has a photo of a woman who ran marathons who died out there on the trails. I take all such advice into consideration and try very hard not to be one of those statistics. And yet when we hit the trails we are surrounded by people who seem to have completely ignored all signs. They have very little water, if any. They are in tennis shoes. They are often very overweight. And yet all of these people (as far as I know) seem to manage to make it back to the parking lot just fine. WTF?

Are the signs are overstating the dangers? I don’t think so. Just a few days ago two hikers surprised a mother Grizzly and her two cubs at Yellowstone. The Grizzly mauled and killed the male hiker on the spot. So one certainly needs to be careful out there. But we often feel a bit overdressed with our hiking shoes and Camelbak water backpacks and our daypack. But hey, at least we’ll have food to throw at any bears we encounter.

Any way, we left sunrise point and descended. It was a bit like stepping off of a spacecraft onto another planet. At every turn you got a whole new angle on everything in sight. The result of this was a bazillion photos. We eventually made our way to the bottom of the trail and took a snack break in the shade. Soon after we came to the final part of the trail, exiting the canyon. It was a series of steep switchbacks. Evidently they recommend this particular direction because this end of the trail has shade. Probably a good idea. 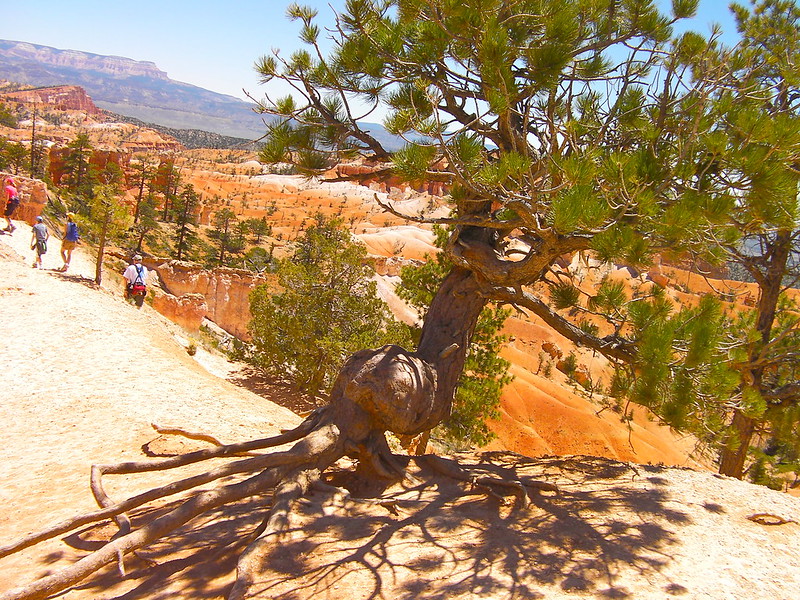 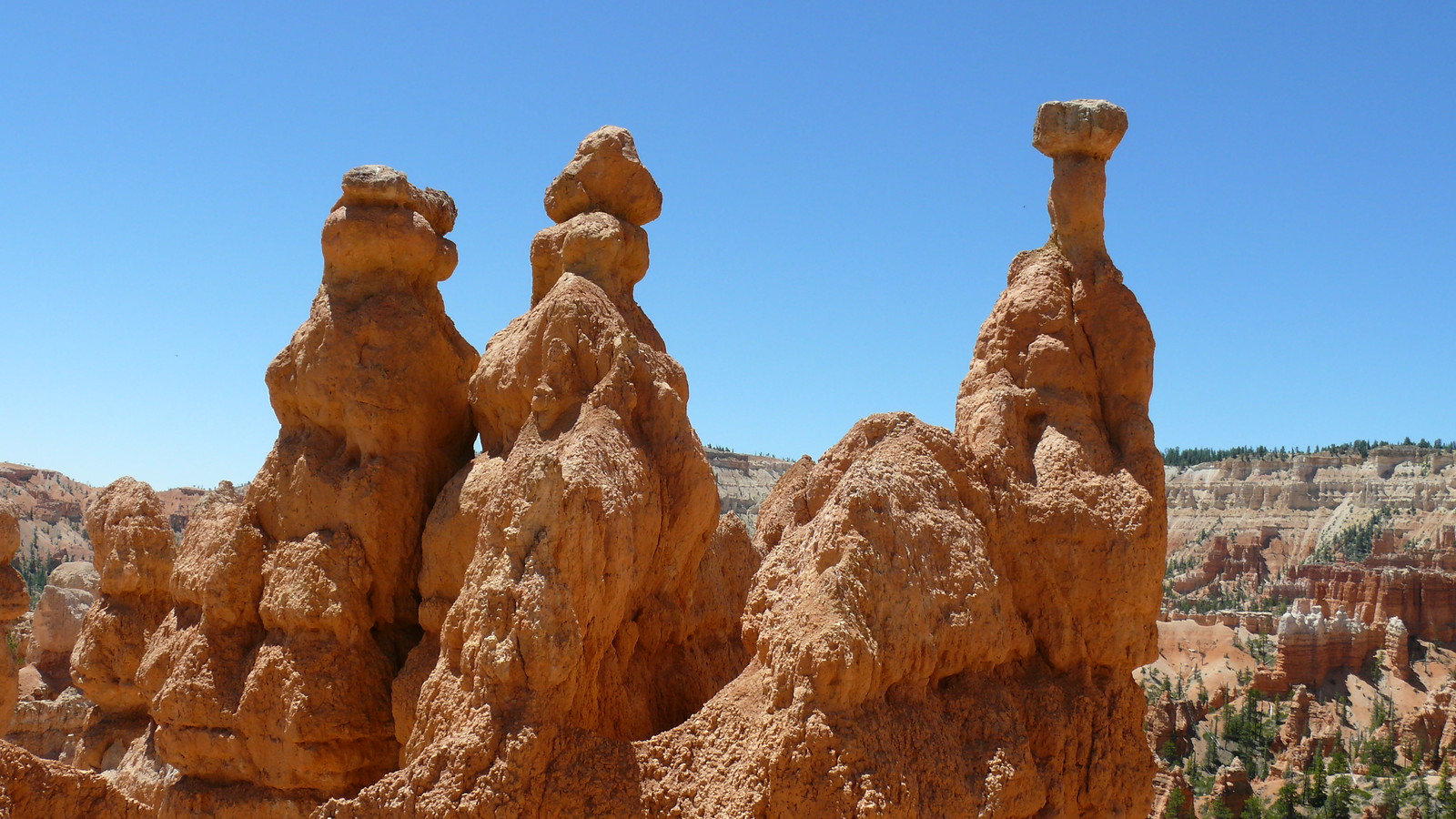 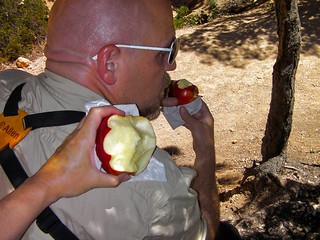 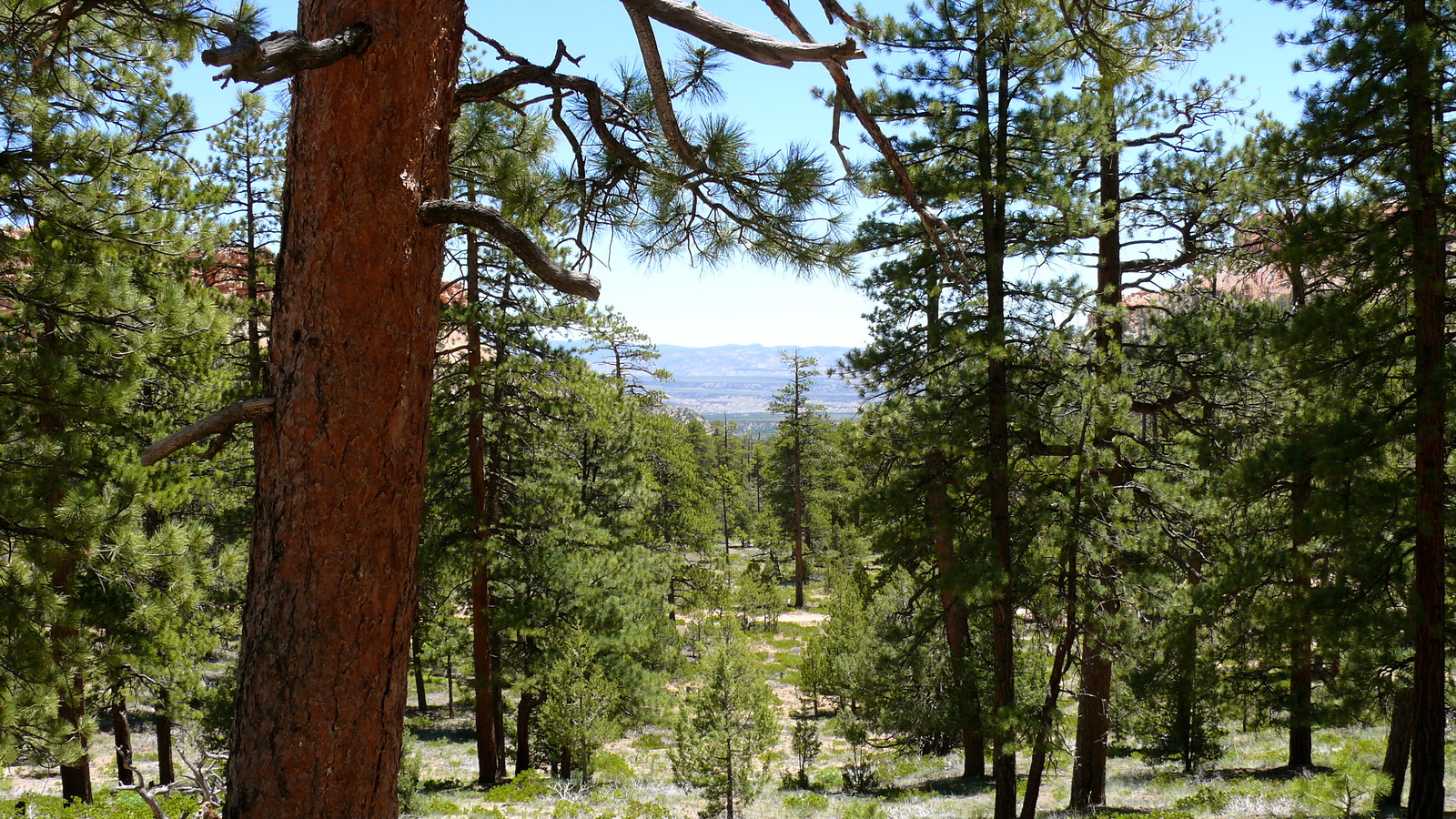 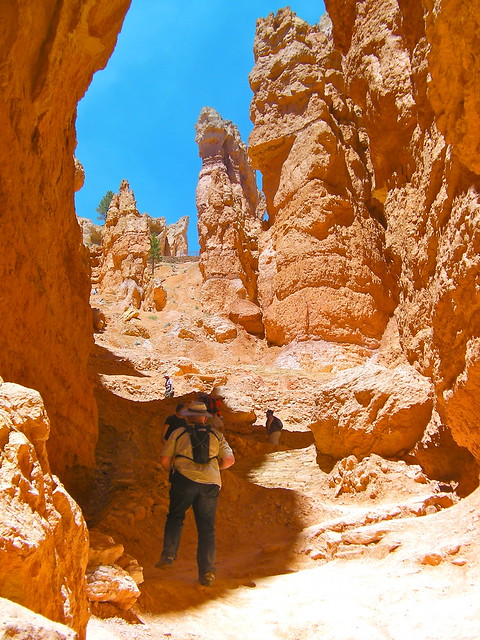 After surviving that trail, we drove down to the end of the park and hiked the Bristlecone Pine trail. Lots of crazy old trees out there. On the way back in, we stopped at several lookouts, eventually making our way back to the exit. 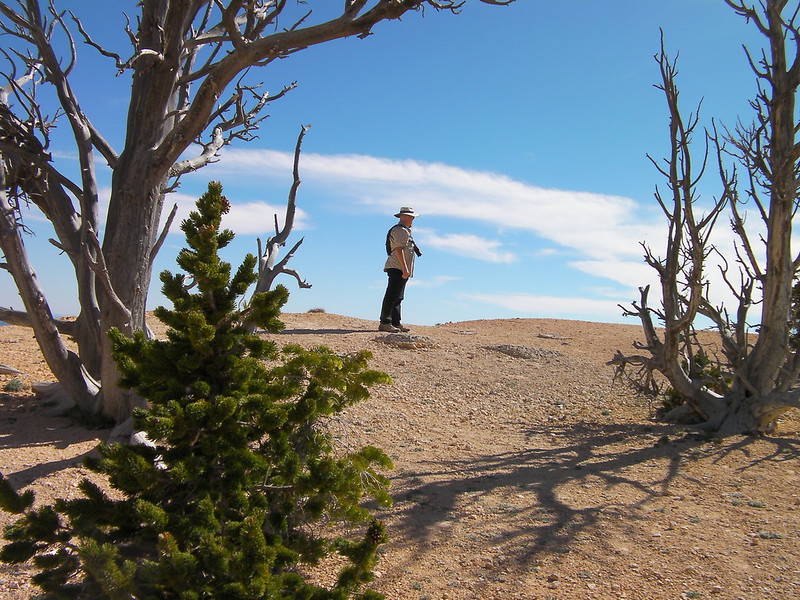 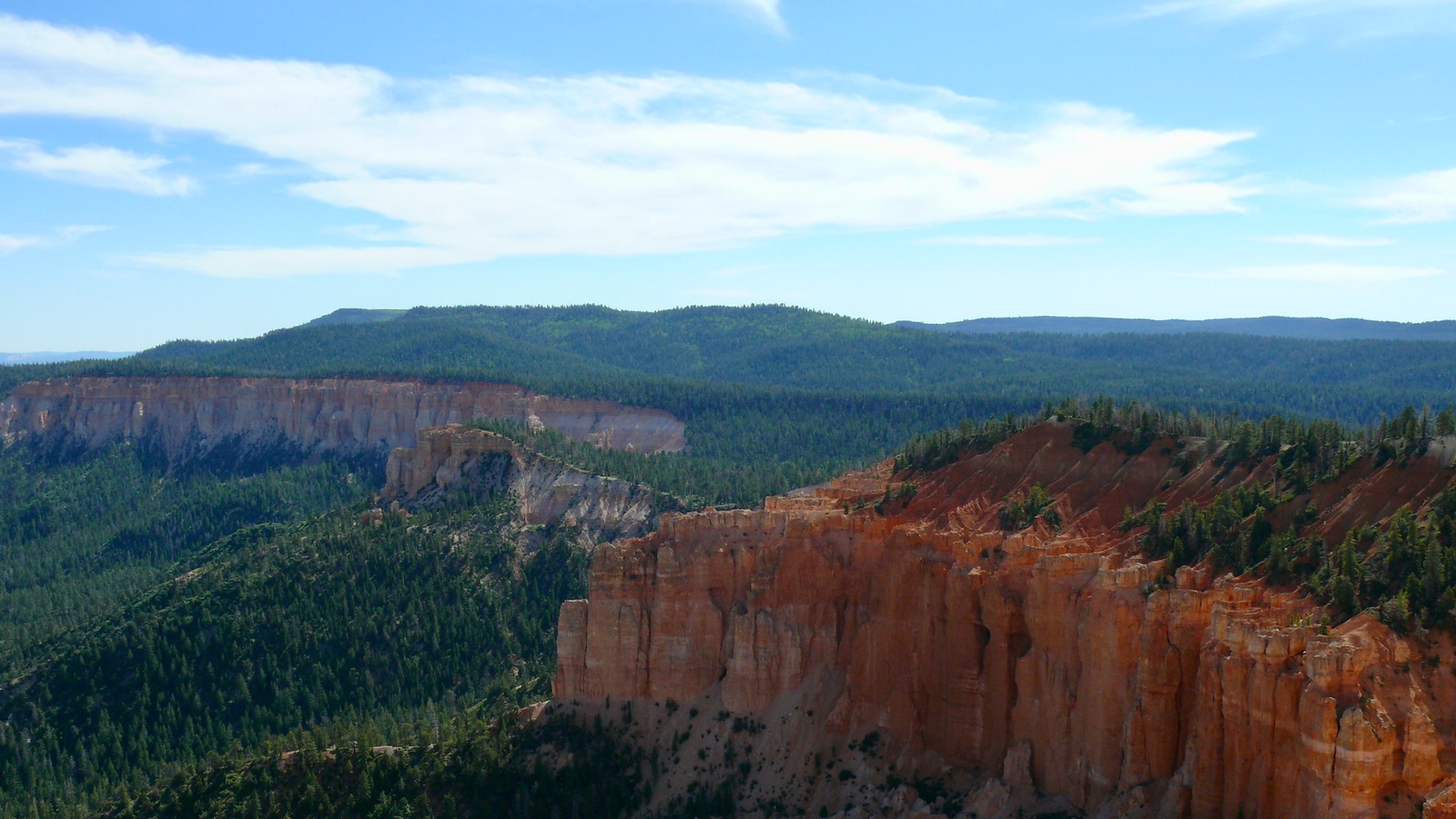 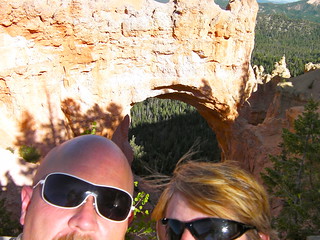 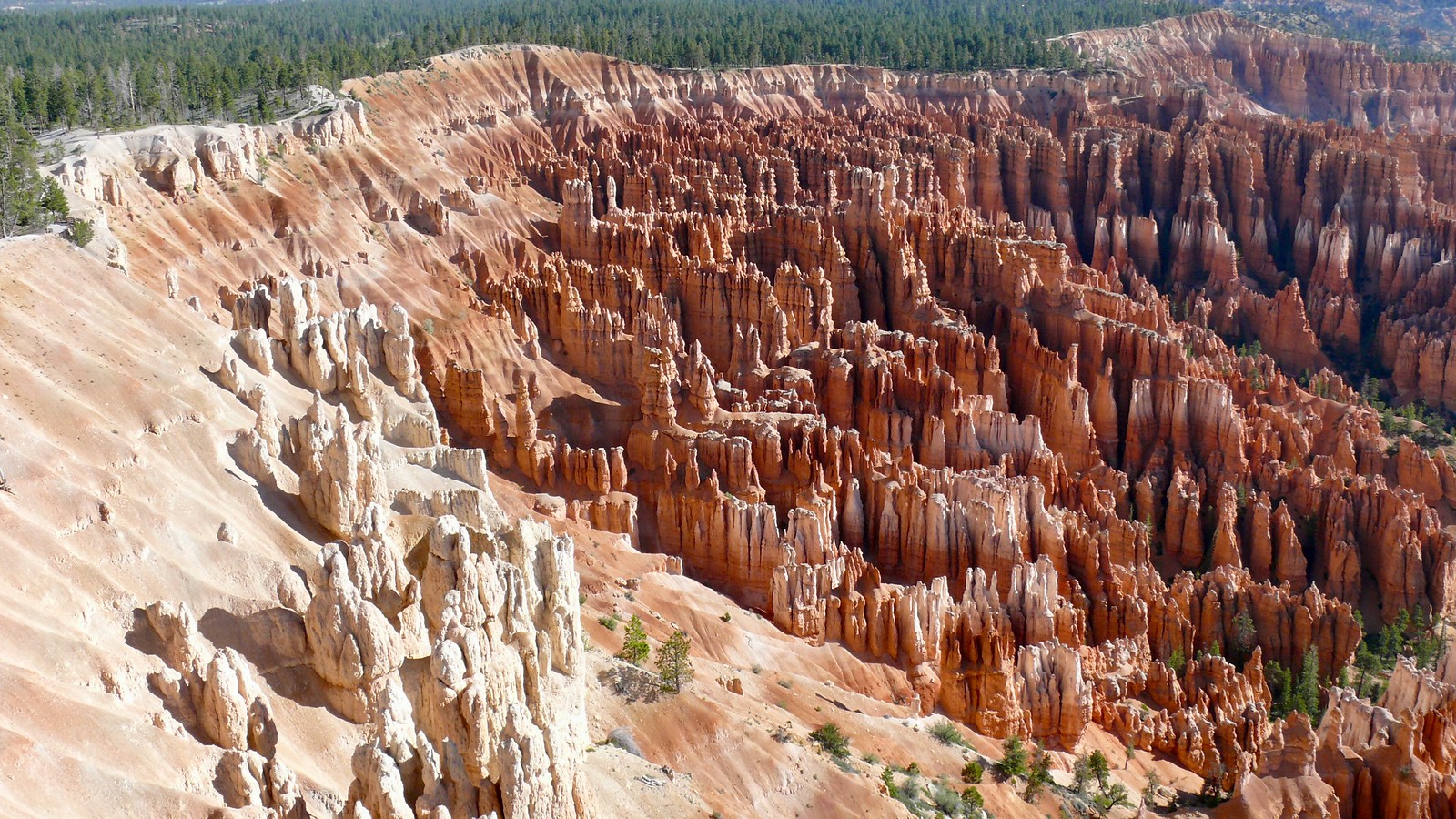 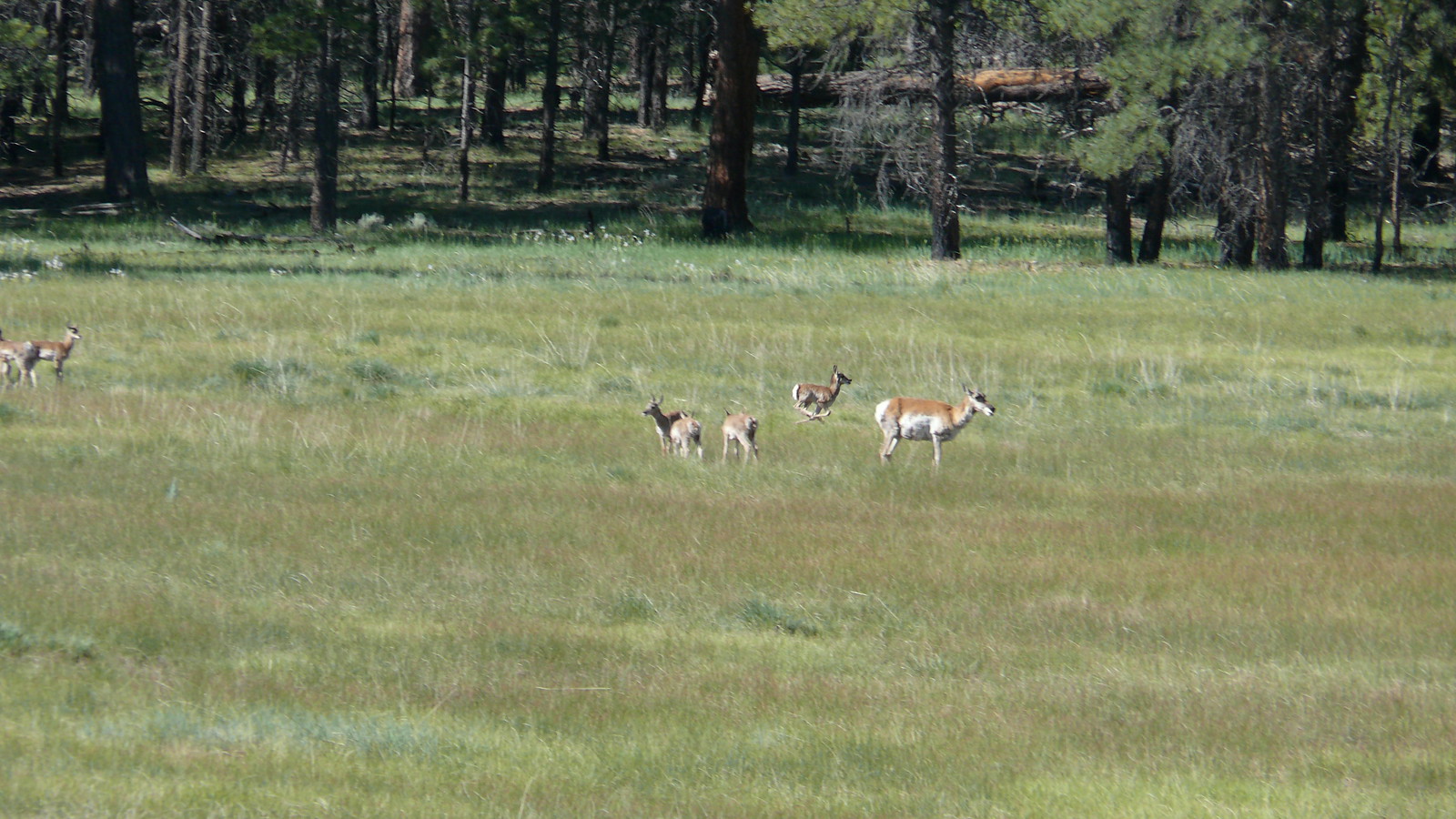 Bryce Canyon was great, possibly Glenn’s favorite location so far! Below is a slideshow of all 150 or so images we didn’t delete (a couple hundred didn’t make the cut). Watch here, or click any image to see them fullscreen on Flickr. 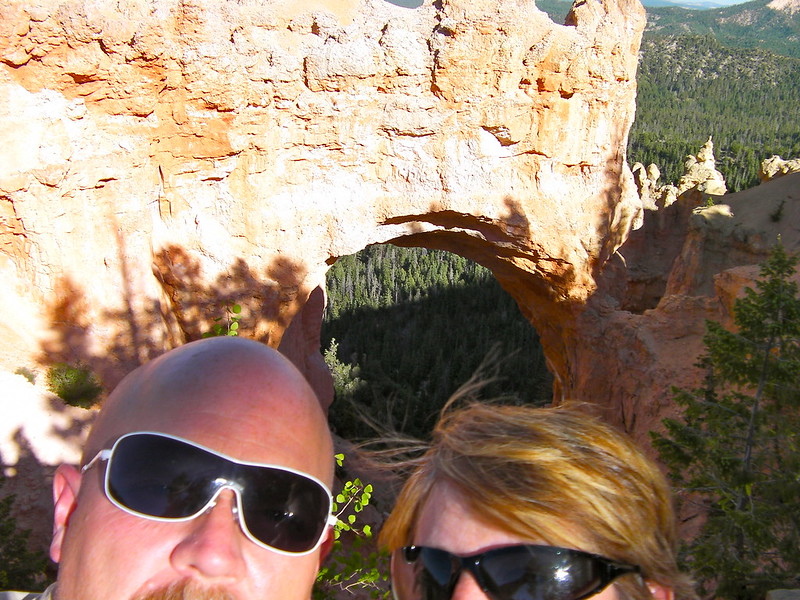 We’ve had an interesting couple of days with our rig. I say rig. It’s a rig to us. But I digress. Already. Anyway, we discovered a leak under the kitchen sink. Not a big one, but big enough to do damage if we didn’t get it fixed right away. We were getting ready to pack up and move from McAlpine Lake campground to near YOSEMITE – yay! Glenn investigated and determined where the little leak was and that he couldn’t fix it. ...