Yeah, we should have known that when the guidebooks say it's not worth hanging in Managua, they are probably right. We walked around. We took a taxi to see the park at the volcano that overlooks the city but were thwarted. There was some kind of official visitation going on there, and they turned us away. We had the taxi take us to the Xolotlan malecon, where there was a fee to get in of about $.50 each. We walked around looking at big Lake Managua and had a decent lunch with beers for cheap at one of the nice cafes there. We saw a Sponge Bob and friend that were in need of a bath and a Barney walking around getting cordobas for posing with park visitors. The lake cruise boat came and went a couple of times. A nice diversion at the lake, but hardly worth coming all the way to Managua for if you're a tourist.

The taxi to the bus station the next morning went to the other end of Managua, and the scenery didn't change. A poor city with little to offer for tourism, though they seem to be working on that some. The bus ride out showed us somewhat of a downtown area with business people bustling around a little more modern buildings, but it was not what I would call big city.

Eager to escape, we rose early after our second night in the fairly expensive ($35 US) humble hotel in Managua. The owner and staff were very nice and helpful, however, and I would definitely recommend it if you must go to Managua: Hostal Casa de los Abuelos. English spoken there!   Both bus stations in Managua are most definitely "third-world." But the transportation is cheap and, um, efficient. If you don't get a (cramped) seat on the bus you want, you can still get on and ride on a stool in the aisle -- and you can bring your puppy!

The owner of this puppy lives in Matagalpa and was extremely nice and helped us get a taxi to take us to a budget hostal. He sincerely wanted us to like his city. We even ran into him on the street later on and had a quick conversation before he went to his meeting. Matagalpa is a bustling little city, definitely more attractive than Managua, but it's no San Cristobal de las Casas — we got so spoiled there! There are few tourists here with little to draw them, in the rainy season at least. I'm not that eager to hike in the mud or tour coffee plantations. Call me wimpy. We are staying at the Hotel la Profe, which is an upgrade at less than half the price of Managua ($14US). We even have hot water and a fan on the ceiling! Also a nice little porch room to sit and compute. 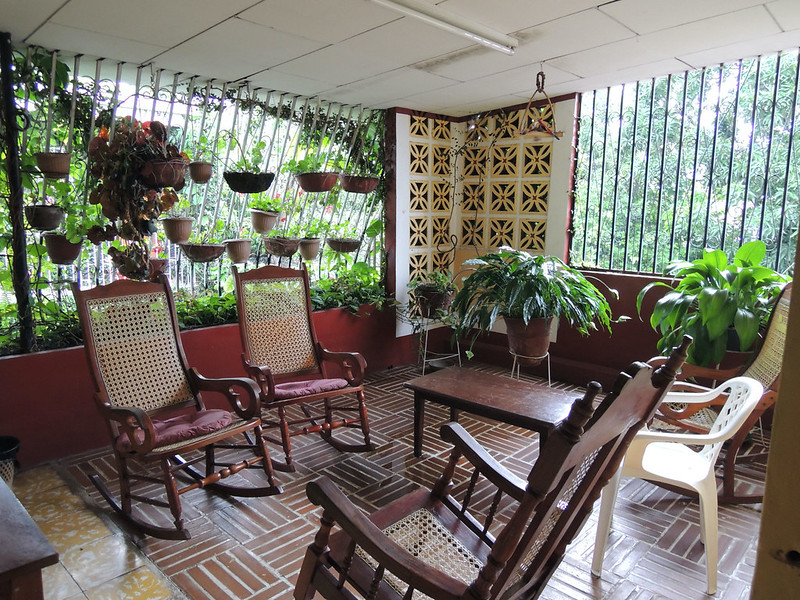 We stayed for two nights, enjoyed a local coffee shop for cafe con leche and wifi. Then we headed back down out of the mountains into Granada. Apparently, we like more touristy places where we can meet more travelers! 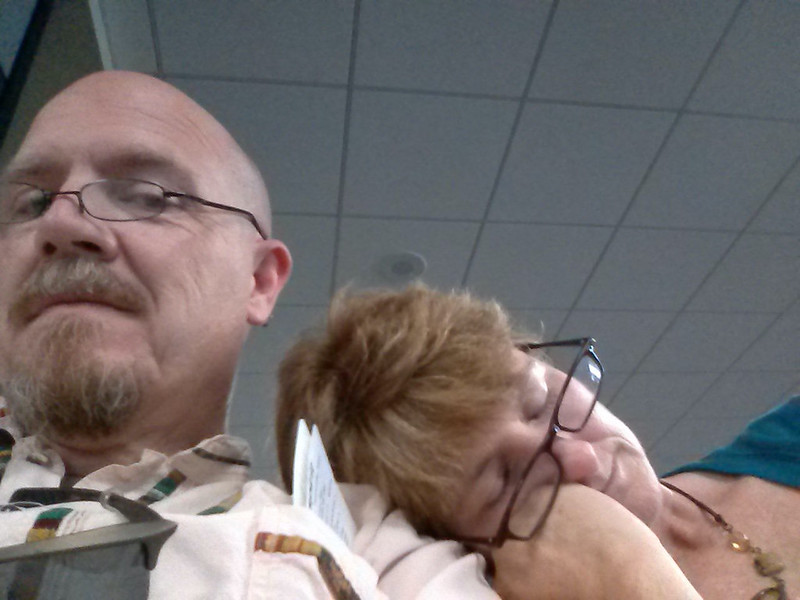