On September 2, we finally left Wyoming and headed for northern Minnesota. The first night we made it as far as eastern Montana. On the way, we passed what is possibly the funniest high school mascot we've ever seen!

But then, if your town is named Belfry, what else are you going to have for a mascot? LOL

We stayed in Eastern Montana for the first night, then headed East in the morning. It was the first ever visit for both of us to North Dakota, another first in a long line of firsts for us on this trip! Also, we're evidently close to Canada..

We've stopped at a lot of National Parks and Monuments on this trip. Almost all of them were planned ahead of time, but this one was a surprise -- Theodore Roosevelt National Park. It doesn't seem like much of a park, but is evidently popular for horseback riding.

North Dakota looks a whole lot like South Dakota, without the Black Hills and massive sculptures of Presidents and native warriors. Not to be outdone, this state has the "World's Largest Metal Sculptures" which you can see by driving the almost 64-mile round trip of the Enchanted Highway. We opted out, but took a few pictures along the way.

Later, we passed the "World's Largets Holstein Cow" near New Salem, ND. Great for a chuckle.

We stopped for the night near Bismarck at a decent little park. When I went to switch the refrigerator from propane back over to electricity, I discovered a ton of red dirt had blown in while driving down I-90.

The next day we finally made our way to the home of Kat and Del Erickson in Warren, Minnesota. Check that out on Google Maps, but take my word for it -- the next thing to the north is Canada. We're way up here in the middle of NOwhere!!!

You can see all the photos from this part of the trip here: 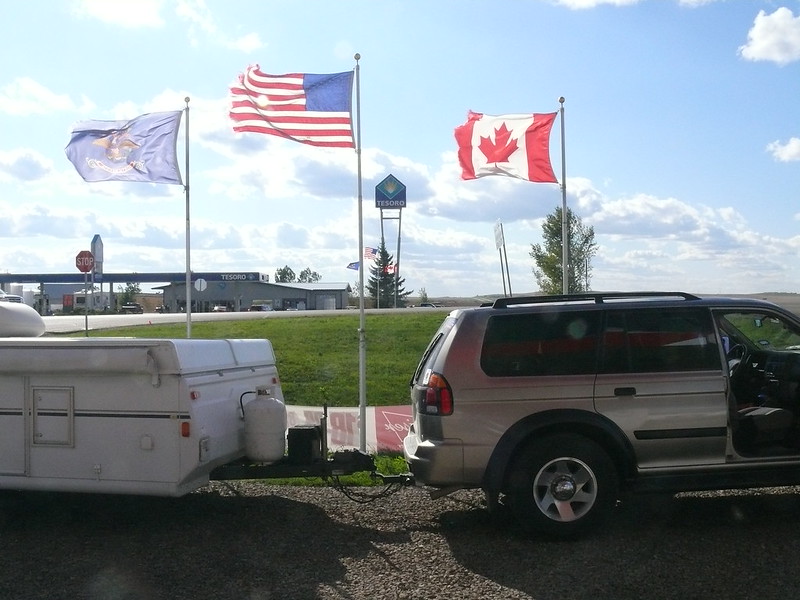