We’ve been so busy over the last few months that I don’t think I’ve had the chance for all of this to sink in yet. Living in a ‘foreign’ country for a few months really isn’t that earth-shattering. Millions have done it before, and millions will do it in the future. I try to look at it that way. However, if you add the fact that we will continue to do this for the foreseeable future, with only occasional trips back home, our adventure becomes much more unusual!

As we flew from DFW to LAX in Los Angeles, and then on to the Guadalajara airport, I made some notes. Here they are, rather unfiltered, a bit of a raw travelogue, as it were. Enjoy!

On board the plane, waiting for everyone else to board. Busy flight. PACKED! The last people getting on right now are being forced to take their overhead bags to the back, or they are having to scour the bins for a spot where they can cram their bag in somewhere.

Having given up our phones and having cancelled our cell data plan with Millenicom, I miss being able to pop in to Facebook and say silly things like “Hey, we’re getting on the plane now!” I’m not sure how the world will live without my live play-by-play commentary of such momentous occasions.

The weather forecast was for scattered showers and a potential for thunderstorms, but it looks like we managed to luck out so far, at least on the D/FW Airport end of things.

The last few stragglers are wandering around in the aisle, to the point where an attendant announced something to the effect of “We’re ready to go to Los Angeles, just as soon as you idiots in the aisle will sit down!” The last one seems to be a problem child – “UHRL crew” on her t-shirt. I’m lookin' that one up later!

Also had someone who evidently got on board without properly checking in. The attendant announced “Would the passenger in 25B please identify yourself by using the call button.” They asked a second time. I swear they said the passenger name was Atta. WTF??? Finally an attendant had to come back and talk to them. He took their boarding pass up front, and evidently everything was fine. No Air Marshall was called upon. Whew!

So as soon as we got in the air we were above the fog bank lying on top of the D/FW Metromess. We’ve passed a few storm tops, but nothing severe so far (15 minutes in) and only occasional minor turbulence.

Just had to scold Bryn. They announced that the movie was starting, so we plugged in our earbuds. We got a short preview, then a blank screen for several seconds. Bryn said “They hijacked the movie!” entirely too loud. I pointed out that she might not want to say the word ‘hijack’ on an airplane…

So – the movie was “Margin Call” – interesting, very slow-paced. Not sure what I think about it exactly.

It feels a bit strange, this floating in the air. I’ve flown enough that it doesn’t feel new any more, but not enough that I don’t still marvel at the fact that I am 38,000 feet above sea level and looking down at mountains. That part still feels quite foreign, unnatural. I can certainly understand those who might eschew flying for ground transportation, like John Madden and his infamous bus.

Guy next to me must be a Mac fanboy like myself – he put an Apple logo sticker over the Dell logo on his laptop! LOL He calls this a ‘Dapple.’

LAX was crowded. No seats available anywhere! Finally parked against a wall like backpackers and grabbed a couple of burgers. First celebrity sighting – Della Reese. She came through on her scooter, an assistant in tow. Straight through to Virgin Airlines. Must be nice…

Alaska Air was much more proactive than American in controlling carry-on luggage issues. They asked if they could take our overhead bags and check them for us. We ended up leaving them at the end of the entrance ramp. The main difference on this leg was the seats. Much nicer than American! For most of the flight to Guadalajara you could see the Pacific Ocean out the right-side windows, then later the Baja Peninsula. Finally made it to Guadalajara airport. Surprise of surprises, our two checked bags from LAX and our main checked bag from DFW all made it just fine.

In closing, immigration was quick and easy, customs not so much. We got ‘selected’ for an inspection. It was rather painless, didn’t take too long. We only exchanged $100 at the airport due to the poor exchange rates their, but we needed the pesos for the taxi. You pay at the booth and get a receipt. You take the receipt to the curb and only authorized cab companies will take that for payment. Our taxi driver was friendly, but he knew less English than we knew Spanish (which isn’t saying much) so there wasn’t much conversation. It was just as good, because we were tired. We forgot to print out our housesitting address/instructions so he drove with my laptop in the passenger seat. I had the instructions pulled up from an email, worked great. At long last we were deposited in front of our casa and got to meet Fiona, the housesitter we’re replacing. 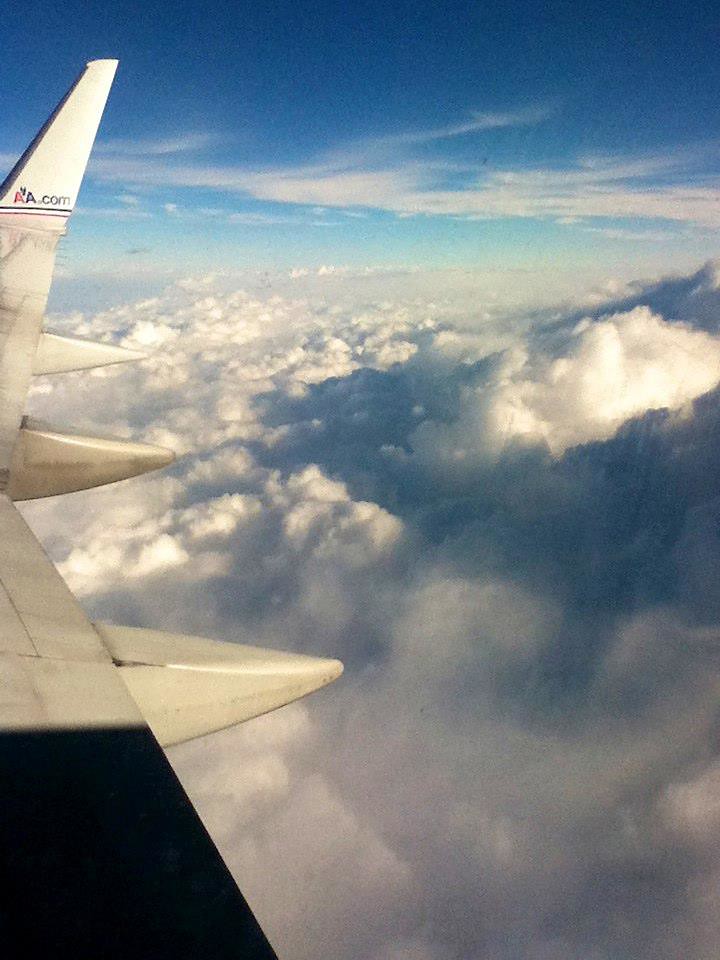 P.S. In case you were wondering, this is the song that the title of this post refers to...