The Legend of Johnny Vagabond

We first met Wes Nations our second night in San Cristóbal de las Casas, Chiapas, after Jon Look introduced us. We met at a wine bar, of course. Wes had a couple of years head-start on both Jon and ourselves, and had spent his first few years in Southeast Asia. This means he had more stories to tell, and he lived to tell stories. I'm pretty sure his stories were a big part of why Jon is now in Southeast Asia himself.

Jon and Wes had just returned from a crazy trip to the Pacific coast of Mexico in the state of Chiapas. Between that trip and a previous one, in which they had perused the market of a small, nearby town looking for rat soup, they had wonderful stories to tell. And by wonderful I don't mean stories of hanging out at the pool of a pricey resort. I mean 'real' stories. Stories that involve strange food, foreign languages, storms, getting lost, and maybe the occasional hallucination. Fear. Adventure. They had everything we wanted. 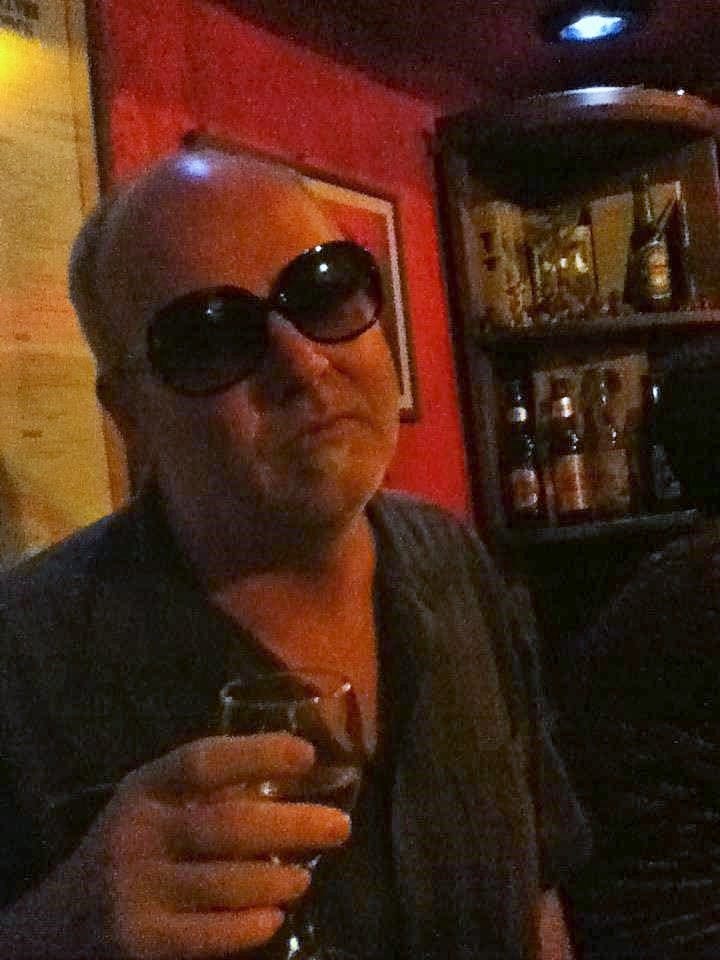 That Wes is SO Gonzo

For those first several months in Chiapas I often ran into Wes on one of the main walking streets of San Cristobal, mostly coffee shops or restaurants, usually a sidewalk table. I can still picture him sitting in the sun, sipping a glass of white wine, tapping away on his iPad keyboard. I referred to his usual spot at the Rincon del Toro as the Wes Nations Chair.

I also remember the night we were sitting in the wine bar and after wine and some tequila shots, Wes was unusually quiet. He said that a friend of his from back home in Texas had passed away, and it was tearing him up. I tried, weakly, to comfort him as best I could as he sat and quietly sobbed at the table. It was one of those moments when you get to strip away the bravado and the public appearance we all try to keep up. The shields were down, and his humanity shone through. Its times like this that forge bonds.

Wes was fairly well-known in travel blogger circles. One time Bryn and I were having lunch in our favorite restaurant, TierrADentro, and were approached by a cute young couple. They said hi, and then asked me, "Are you Johnny Vagabond?" I got a big laugh out of this. Johnny Vagabond was Wes' alter ego and the name of his blog. I'm pretty sure I told them that, no, I'm much younger and more handsome than him, but that I could connect them. So we exchanged information and made plans to meet up later that afternoon — at the wine bar, of course. When I relayed this story to Wes, I expressed much faux indignation that anyone would mistake me for him. And it wasn't the first time it had happened! Andre and Stephanie did get to meet him that day, and they were two of hundreds of people around the world who were inspired by his writing. But I got a story and a running inside joke out of it, and that made it special.

One of my favorite stories that Wes shared was about a time when he was in Vietnam, I believe. He was working at an outdoor table and a young girl came up to him selling some things. He actually needed something, although I don't remember what now, but she didn't have it. Later, a young boy came by, and he did have what Wes needed, so he bought one from him. A little while later, the first girl came back by and saw that Wes had bought something from someone else and not her, and became incensed! No explanation would suffice to assuage her anger and disappointment. So she sat down on the curb near his table, and for an hour or so she would look back over her shoulder every few minutes, glare at him, and say "Fuck you!" in fairly good English.

I chuckle every time I think about that scene. Except now the laughter quickly turns to tears. 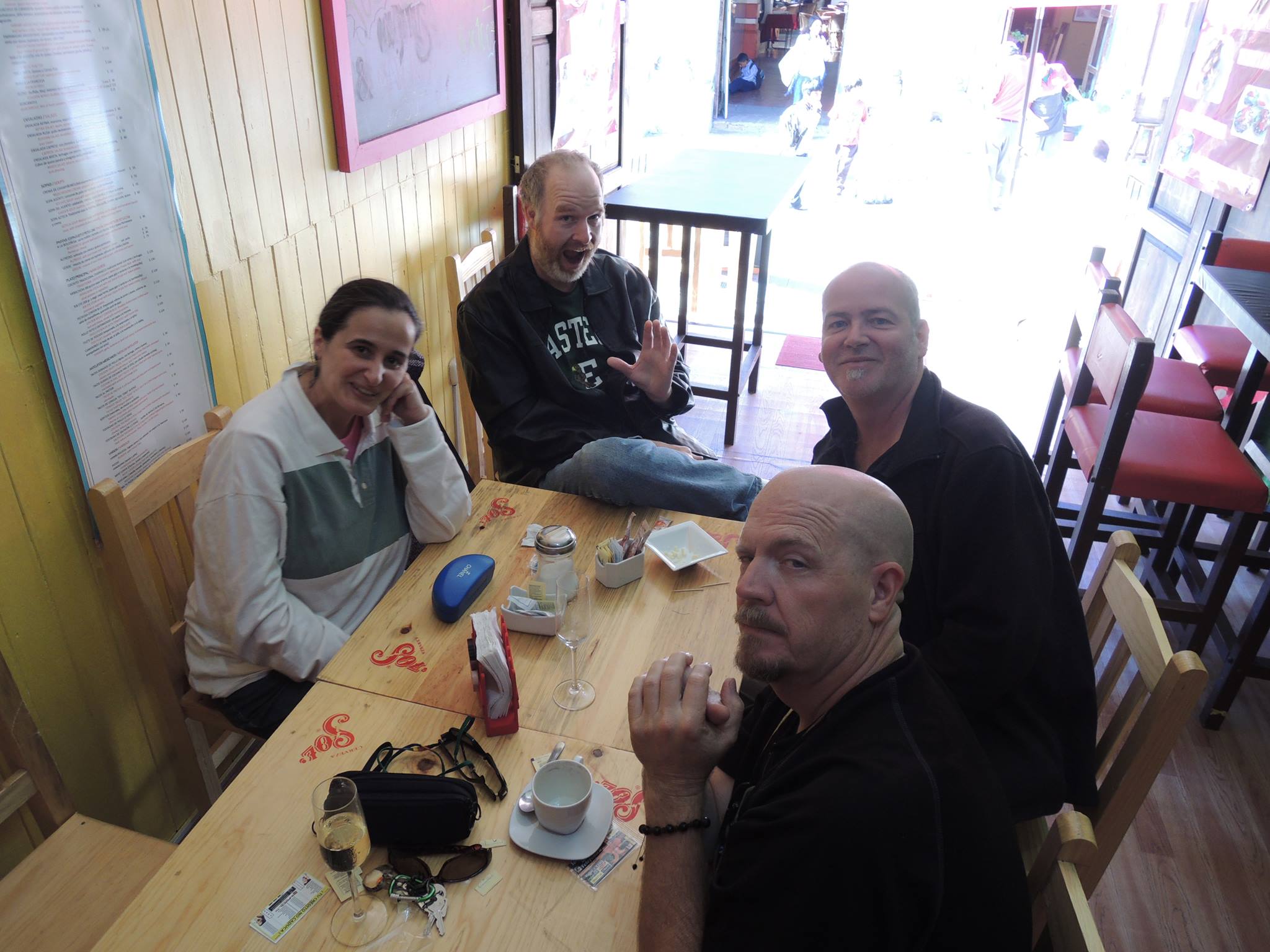 Both Wes and Jon moved on from Mexico and have traveled Central America and Southeast Asia while Bryn and I have remained somewhere between Guadalajara and Costa Rica. Our days of traveling far and wide are still in the future, scheduled to pick up in late 2017. We just missed hooking up with Wes in the summer of 2013 in Costa Rica, but finally reunited in San Cristobal in the fall of last year. We had a couple of different 'tamale night' dinners with him and other friends. And we hung out at the wine bar. And we swapped tales. And Wes had a visitor -- Jill.

I really liked Jill. Wes seemed to be anticipating a nice visit from a friend, but evidently some old flame flickered and they spent most of a week more as lovers than friends. I can't begin to tell you how happy this made me — not because I think Wes was lonely, but because he seemed genuinely happy with her, and what else can you want for a friend other than happiness?

Late last year Jill flew to Thailand and caught up with Wes, and on January 4 of this year he announced that they were engaged! Well wishes and hundreds of likes and comments flooded his Facebook page. It seemed to be a happy portend, but the on-again, off-again nature of their relationship seemed to preclude a happy ending. Star-crossed lovers, as it were, never quite able to work out the details. He was traveling, she was stuck at a job in San Francisco. The last I heard from him, it was more off than on.

During this last year Wes caught a nasty virus and also had a bad reaction to some antibiotics which made him hallucinate. And at some point, he came down with a problem which eluded diagnosis for too long. In the end, an antibiotic-resistant infection lodged in his pancreas. He was offline for most of this time, in and out of hospitals, his blog uncharacteristically quiet except for an occasional post or Facebook comment. Hints of an extended hospital stay hit his Facebook page a few months ago, and many inquired for details but the information was scarce.

And then, he was gone. A mutual friend broke the bad news, and Wes' Facebook page is now being flooded with remembrances and condolences. And stories. Lots of stories.

I have to admit, I am both sad and angry at this news. I'm angry that good people sometimes leave our lives early. And I'm incredibly sad that this short list now includes Wes. I didn't know him that long, and I can't say that we were 'best' friends. But he made me laugh and that's something I truly value in a person. And when I think about it, he's probably the closest I've come to a true friend in these last several years. I guess I'm a bit of a homebody, a nerd, and I don't have that many people whom I consider 'close' outside of family. Don't ask me why, because I'm really not sure what makes me that way. But Wes definitely got in there, into that inner circle, and his passing has saddened me greatly.

But there is one thing which slightly takes the edge off of my sadness, and that is that Wes truly took to heart the idea that life is, in fact, short. Whether you are forced to leave early, or whether you pass the century mark like my great aunt Cynthia, this is it. One life. One brief time on this pale blue dot floating through the universe. And just like us, Wes decided that he didn't want to spend all of his brief time here spending fifty weeks a year at a job and two weeks a year on vacation. He didn't want to spend 95% of his life in one place. He yearned to travel to "... see as much of it as I can while it’s still here." And he did. And that's comforting.

Because in the end, there are no guarantees. But in spite of that fact, which we all 'know' in our minds, most of us act like there are guarantees, like we have all the time in the world. And while it would surely be crazy to live in constant fear of the future, isn't it just as crazy to live in blissful ignorance? So do me a favor, and honor Wes' life and passing with a little introspection. If there is something you should do, or that you want to do, just stop right now and figure out how to make it happen. Maybe it's travel, maybe it's volunteer work, maybe it's just spending more time with loved ones. But figure out how to do it now, not later, because later may never come, and all stories end. 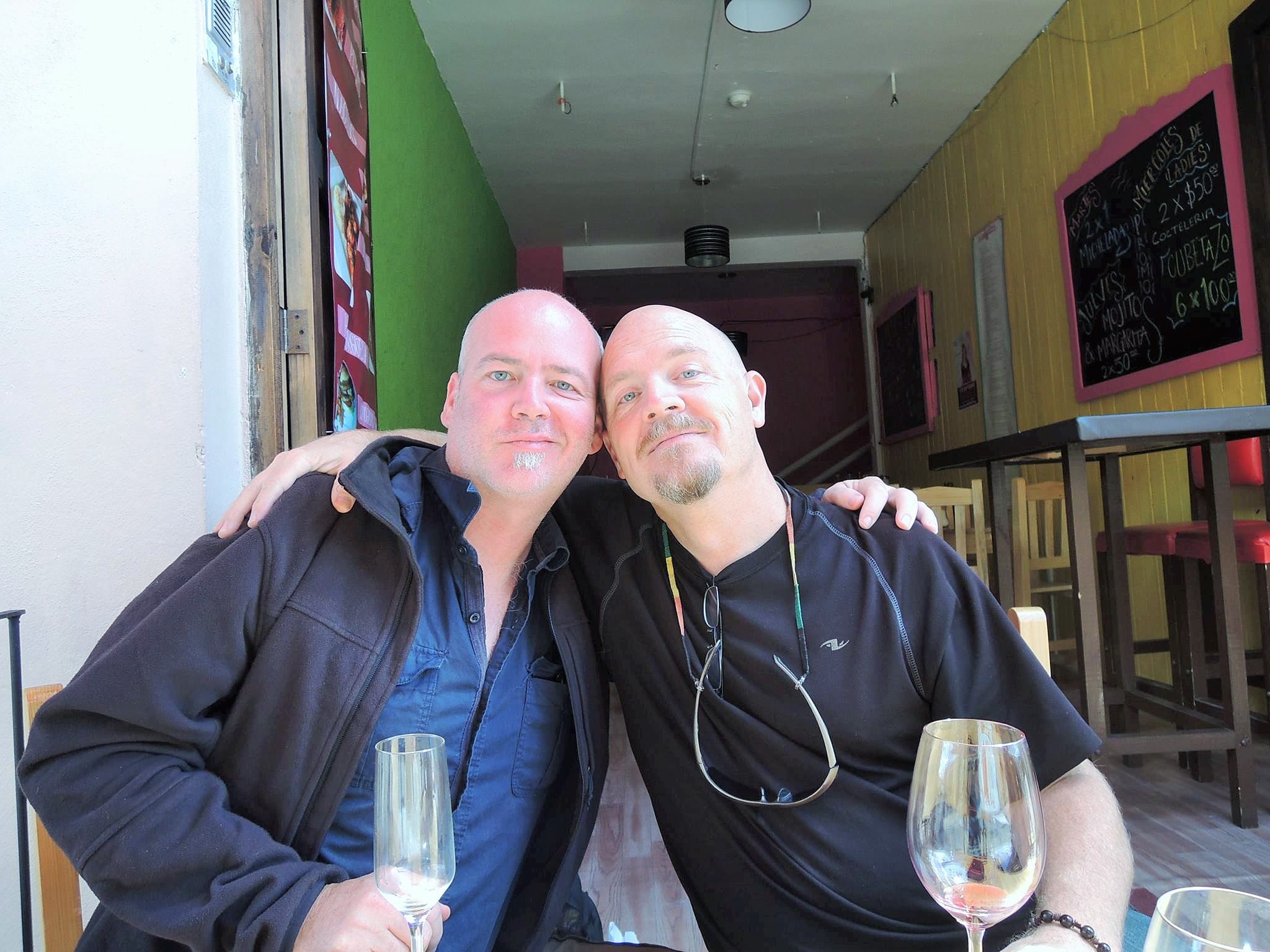 Me and my friend, Wes Nations, a.k.a. Johnny Vagabond

When your story ends, will it be one that others want to share? Will it inspire others to do likewise? If so, then your story will live on in the hearts and minds of others, and that makes you immortal. Wes was an inspiration, and a teller of stories, and that makes him immortal. His deeds and his words can reverberate down through time. I'm gutted that I will never again see him face to face, but I'm going to tell his stories, and our stories, again and again.

I have a feeling that I'll be telling others about him when I'm old and my travel days are over. I can almost picture it now, sitting around a table at some hole-in-the-wall dive bar in some foreign country with a bunch of backpackers trying to one-up each other with travel tales. I'll wait my turn, then I'll say "Cool story, bro, but that ain't shit. Let me tell you about the legend of Johnny Vagabond."